October came and I wasn't ready. But seeing the flood of cool art from my friends, i decided i wanted to join in.

So on the quick, I concocted something for day 1 of the official Inktober.

I decided to take a dolphin image, put a joust rider on its back and call it a "Meerfolk Cavalry". 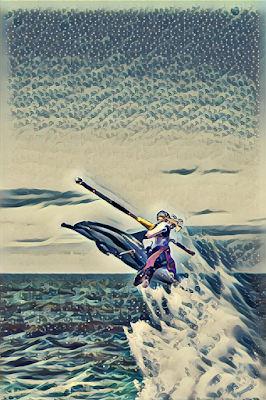 But then i heard about the polemic around Inktober and decided to go to an alternative challenge.
Laketober proposes 2 prompts per day and they are much more inspiring for me.
Luckily enough, i still had time to make a quick creation for day 1.
Black Cube made me think of the "2001: a space Odyssey"-Monolith.
Who would guard them in a fantasy setting? Right: dragons. Very intelligent creatures. But also ferocious one, so they would fight for its power... 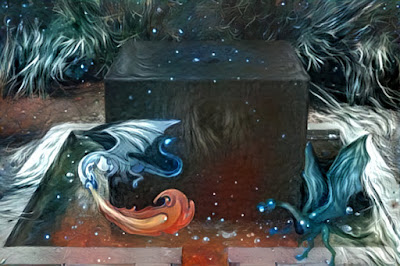 Laketober porposes 2 prompts per day (Which you can find on rustylake's blog).
Reading both, my mind made a loud geeky boom, associating this with a mix of "hunt for red october" near Chicago on the Lake Michigan. A second later, alternative history and C&C's Red Alert were on my mind.
I'm quite happy with this one and if i ever create a "red alert"-styled RPG, this might make a good cover... 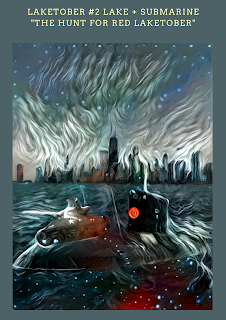 Since I felt like it, I went to Canva and framed the image, to have its title on there too...

Post you instagrams, twitters and artstations in the comments !