Europol-X' system, although it is based on the fifth edition of the OldOne™, is a class-less and level-less system.

All character improvements are acquired through feats, as do most character features that are usually packed in a class in the d20 system derivations.

I do have others ready and written, but not layouted and illustrated yet, so i'll only show you the 3 first pages of that chapter 😇 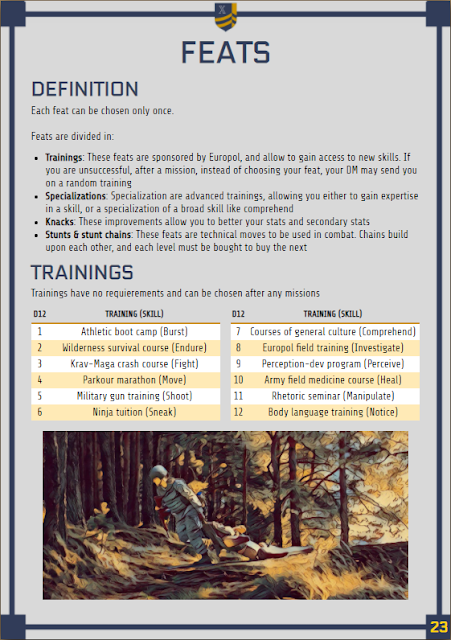 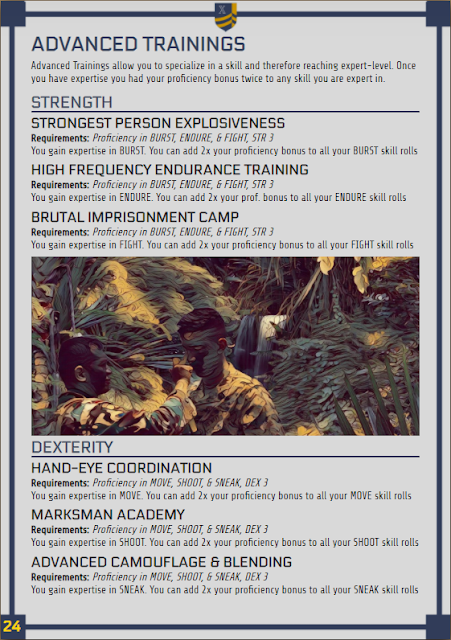 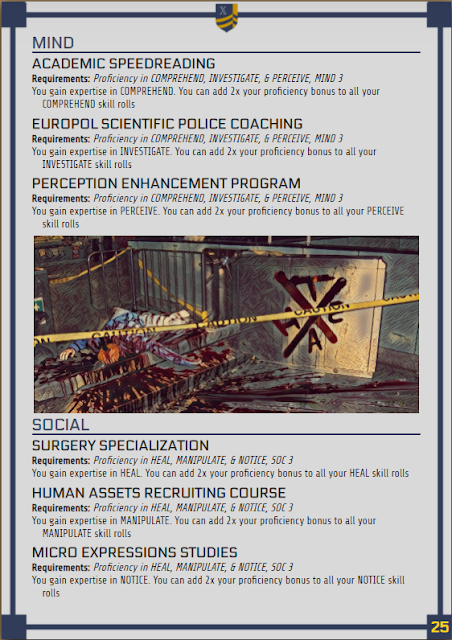