It's been a bit quieter in here lately, and there is a good reason for that:
I'm working on a new project...

Stellar Fiefdoms is my attempt to emulate “Space Feudalism”, which is, for me, a sub-genre of science fiction as much as fantasy, at one of their intersections called space fantasy or science fantasy.
It’s a universe where technological advancement has brought humanity to the stars, but society has decided to take a turn back in time and revive some sort of medieval societal organisation.
Aristocracy and Church are the main powers, and their whims can be made into law.
Many technological wonders were banned, first and most importantly one: the microprocessor and any kind of artificial computing machine.
Space travel is faster than light, but only possible thanks to drugged-up fortune-teller than can choose exactly where and when to drill a hole in the space-time continuum with their motor and come back unscathed on the other side of the transfer-black-hole.
Faster than light communication is only done by way of courier, bringing wax-sealed messages using the jump-ships.
The central authority of the emperor is uncontested thanks to his unrivaled military power and the backing of the Church, but the nobles ruling their planetary fiefs enjoy a lot of freedom, far away from Messadoon, the imperial planet and seat of the Adelscabinet (The House of Lords, the law-making body of the Messaran Empire). At least, as long as they respect imperial laws and pay taxes.

The game system motorising Stellar Fiefdoms is a mix of old and new, ranging from mechanics dating to the first role playing game to its newest installment, with rules borrowed from other clones and editions situated in between.

Stellar Fiefdoms is motorised by the f5eats system, a system with roots in the fifth edition of the oldest published role-playing game. It also borrows concepts from the third edition of the same game, particularly the feats that are central in the f5eats system. This system is an attempt at deconstruction of the third and fifth editions, trying to mix the best of them to obtain a fun and simple system, with a progression not based on levels, but on feats. A bit of Macchiato Monsters is also sprinkled on top

I'm trying to get a handle on the GM binder's tools (check them out, their page is really great)
The out put is a pdf (or at least the extract i'll show you)
Instead, I'll upload image files of each page in here, to ease readability.

First i want to present you the 3 aristocratic backgounds. 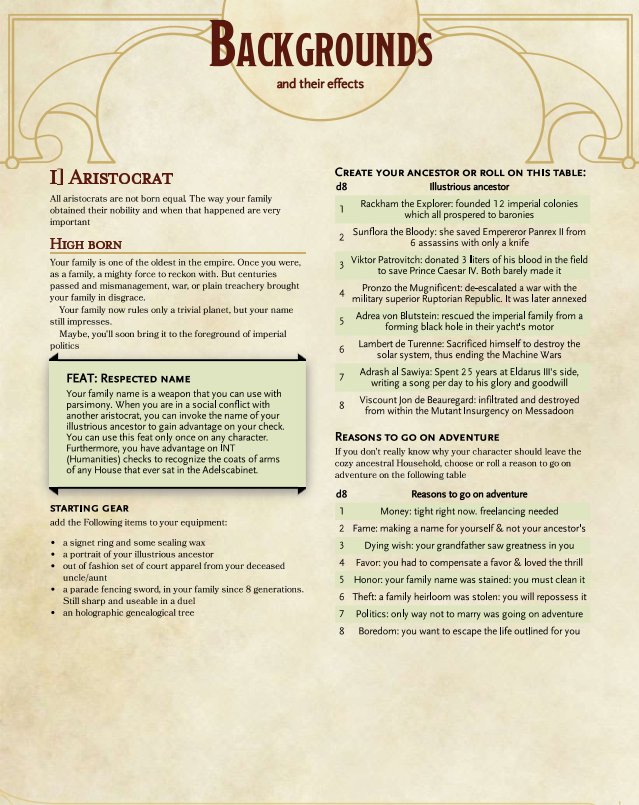 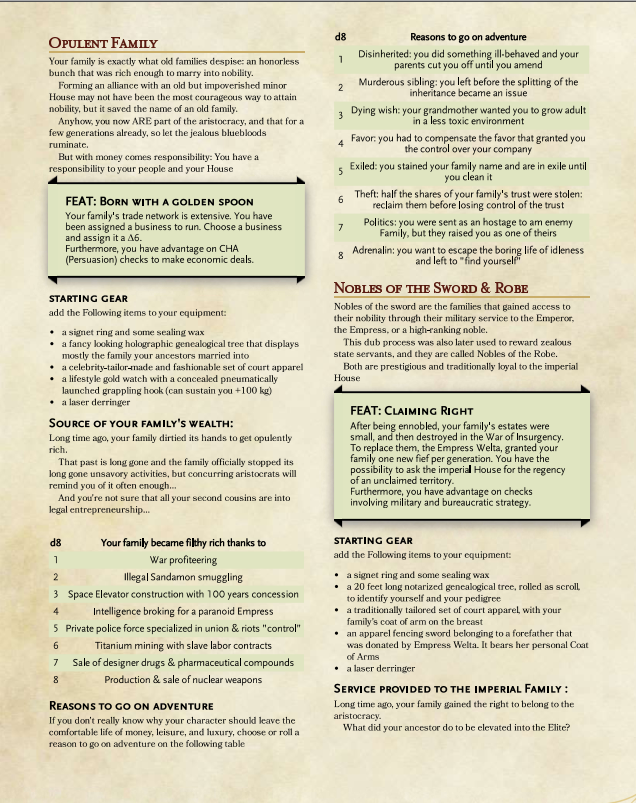 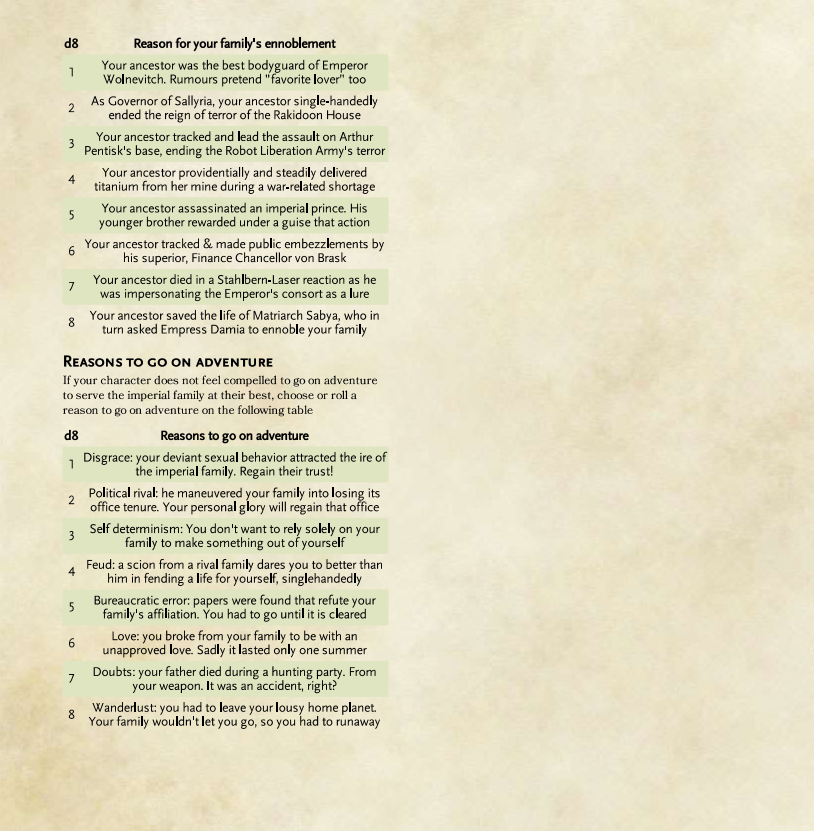 As always Comments and Questions are welcome !